[EDIT 2018/03/27] Initially in the /. article and this post I wrote about APs but I meant the physical device. I was running the network in Ad-Hoc mode. Before the Belkin, I actually used a P150 laptop to host the AdHoc network of the same name probably even earlier than 2004. Maybe 2002? I had a PCMCIA card and created Free Public WiFi as an experiment.

I wanted to give my laptop access, and students as well who had laptops with WiFi. The school didn’t have WiFi yet.

Well it seems to have spread to Toronto. I see networks by the same name everywhere, even in 2010. I sometimes wonder if it’s the same ad-hoc network I started spreading like a virus through people’s machines when they save the address.

You see Windows will connect to Free Public WiFi even if nobody is broadcasting in the area. You just become the first node.

Seems like others have noticed this phenomenon but have no clue where it started. 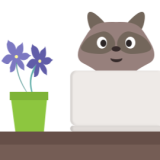 One reply on “Free Public WiFi”

More information about the biological effects of non-ionizing radiation from wireless technology is coming out every day. Enough is not being done by cities, counties, states and the Federal Government to protect us from the potentially devastating health and environmental effects. Through the 1996 telecommunications act the telecoms are shielded from liability and oversight. Initially cell phones were released with no pre-market safety testing despite the fact the Government and the Military have known for over 50 years that radio frequency is harmful to all biological systems (inthesenewtimes dot com/2009/05/02/6458/.). Health studies were suppressed and the 4 trillion dollar a year industry was given what amounts to a license to kill.
On it’s face, the 1996 telecommunications act is unconstitutional and a cover-up. Within the fine print city governments are not allowed to consider “environmental” effects from cell towers. They should anyway! It is the moral and legal obligation of our government to protect our health and welfare? Or is it? When did this become an obsolete concept? A cell tower is a microwave weapon capable of causing cancer, genetic damage & other biological problems. Bees, bats, humans, plants and trees are all affected by RF & EMF. Communities fight to keep cell towers away from schools yet they allow the school boards to install wi fi in all of our schools thereby irradiating our kids for 6-7 hours each day. Kids go home and the genetic assault continues with DECT portable phones, cell phones, wi fi and Wii’s. A tsunami of cancers and early alzheimer’s await our kids. Young people under the age of 20 are 420% more at risk of forming brain tumors (Swedish study, Dr. Lennart Hardell) because of their soft skulls, brain size and cell turn over time. Instead of teaching “safer” cell phone use and the dangers of wireless technology our schools mindlessly rush to wireless bending to industry pressure rather than informed decision making. We teach about alcohol, tobacco, drugs and safe sex but not about “safer” cell phone use. We are in a wireless trance, scientists are panicking while young brains, ovaries and sperm burns.